A Wind Advisory is in effect for Barry, Jasper, Lawrence, Newton and McDonald counties in southwest Missouri, Cherokee and Labette counties in southeast Kansas and all of northeast Oklahoma and northwest Arkansas from 6 PM this evening until 3 AM Saturday morning. 45-50 mph wind gusts will be possible in these areas.

The combination of low relative humidity and gusty winds will contribute to elevated fire danger through late this evening across the Four States.

As a weak cold front approaches the area, there is a small chance of a sprinkle or two before midnight, but most precipitation will remain well north of the Four States.

Tonight’s lows are expected to drop into the low to mid-50s, likely breaking a record for warmest Christmas low temperature. The current record is 52, set in 2016.

Christmas Day will be a bit cooler, with highs in the mid-60s and mostly sunny skies.

Record highs look like a good possibility to be set again on Sunday, as highs once again climb into the lower-70s. The current record for December 26 is 71 degrees, set in 2008.

We’ll have another small chance of a shower for Sunday into early Sunday night ahead of another weak cold front, but most locations will remain dry.

We cool back to the mid-60s again for Monday, before another warm front brings a good chance of showers and thunderstorms from Monday night into Tuesday morning.

Highs will climb back to around 70 degrees again Tuesday, before a much stronger cold front knocks highs back toward seasonal levels (mid to upper-40s) for Wednesday and Thursday.

The front will linger around the area into Wednesday, leading to a small chance of a shower continuing, but we appear to dry out for Thursday and Friday, with partly to mostly sunny skies expected and temperatures starting to moderate a bit once more.

Have a merry Christmas!

Microsoft is paying nearly $70 billion for Activision Blizzard, the maker of “Candy Crush’’ and ‘’Call of Duty,’’ as it seeks an edge in the fiercely competitive businesses of mobile gaming and virtual-reality technology.

The all-cash $68.7 billion deal will turn Microsoft, maker of the Xbox gaming system, into one of the world's largest video game companies and help it compete with tech rivals such as Meta, formerly Facebook, in creating immersive virtual worlds for both work and play.

EXPLAINER: Why airlines fear 5G will upend travel this week

The airline industry is raising the stakes in a showdown with AT&T and Verizon over plans to launch new 5G wireless service this week, warning that thousands of flights could be grounded or delayed if the rollout takes place near major airports.

CEOs of the nation’s largest airlines say that interference from the wireless service on a key instrument on planes is worse than they originally thought.

Click here for your one stop storm preparedness information 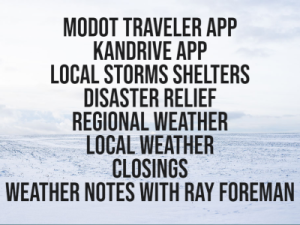