DUQUESNE, Mo. — Officials in Duquesne could not be more excited about their latest project.

Today, the city held a ground breaking for its first walking trail and park. Duquesne Memorial Park will be the home of the city’s first memorial for the victims of the may 22, 2011 tornado.

“Plans for this have been going on for the last five years. Funding and grants and support of the city have become possible in the last two years. This is the first phase of the park which is gonna be the trail,” said Rick Gamboa, Duquesne Parks Department.

Tuesday afternoon, the City of Duquesne held a groundbreaking for its first walking trail and park.

Duquesne Memorial Park will consume two acres next to city hall. The park will have a walking trail, pavilion, splash pad, and a memorial to remember the 8 residents killed in the May 22, 2011 tornado.

“The memorial part of it itself will be a clock tower or bell tower with a clock face that retains the time the tornado actually hit the city. Its not a working clock, but its the point that time was frozen in memory of those who were lost,” said Bill Sherman, Duquesne Mayor.

“We want to make it family friendly by incorporating some playground equipment as well as picnic table and those kind of things, but it will just be done in stages,” said Sherman.

The city is applying for more grants this year to buy pieces of the park in stages.

“Duquesne is kind of an overlooked community. Its mainly a pass through for people who don’t like to drive on Rangeline but its been here for many many years. Its been surrounded by Joplin and Duenweg. But its a small close knit community and a growing community. As you can see by the 150 plus houses that have just been built in the last two years. The primary focus is to provide infrastructure for the citizens of Duquesne; that’s our main goal,” said Gamboa.

The city expects the trail to be completed by next spring. There’s no timeline for when the rest of the park will be finished.

Home for the Holidays

A glimpse of the Holy Land can be seen in Racine, …

Carthage students are paw-ssionate about helping …

Missouri’s poorest city may come as a surprise 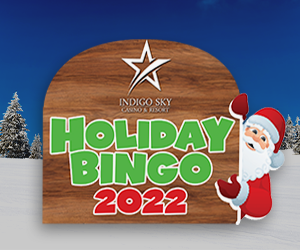 A glimpse of the Holy Land can be seen in Racine, …