Captured in this photo, an apparent sighting of the mysterious Tri-State Spooklight (Photo courtesy: The Joplin Toad)

Captured in this photo, an apparent sighting of the mysterious Tri-State Spooklight (Photo courtesy: The Joplin Toad)

OTTAWA COUNTY, Okla. (KSNF/KODE) — Since it was first mentioned in a publication more than a century ago, many names have been given to the mysterious, dancing or flickering light, that to this day, people continually claim to have witnessed. The light is known as The Joplin Spook Light, Tri-State Spook Light, and the Hornet Spook Light; all of them named in connection to the area where it was discovered.

According to paranormal investigator and author, Lisa Livingston-Martin, the Spook Light is usually seen during the evening or nighttime hours and is most often described as an orange ball of light. People who’ve seen it say the orb usually travels from east to west along a four-mile road between Missouri and Oklahoma, called “Spook Light Road” or “The Devil’s Promenade” near Quapaw, Oklahoma.

| Want To Know Where to Find “Spook Light Road?” Keep Reading To Find Out!

“The ball of fire,” as it’s sometimes described, varies from the size of a baseball to a basketball. While doing research on the local Spook Light, Livingston-Martin conducted many interviews with those claiming to have seen the mysterious orb. Some say the light dances and spins down the center of the road (sometimes at high speeds), rising and hovering above the trees before disappearing in the blink of an eye. Others reported it swaying from side to side, like a lantern being carried by an invisible being. According to most witnesses, the Spook Light strays from large groups and loud sounds.

There are many legends, stories and science-based theories that attempt to explain what this spooky, dancing ball of light could be. It’s believed that Native Americans of the Cherokee Tribe were the first to see the Spook Light, while traveling along the Trail of Tears. One of the oldest legends says it’s the ghost of an Osage chief who was murdered somewhere in that area.

One legend is about a local miner: “A miner comes home one night, only to discover that his family was missing and his cabin burned to the ground, perhaps by Native Americans. Now, the ghost of the miner roams the road (Spooklight Road) at night with a lantern in his hand, searching for his family,” Livingston-Martin explained.

According to Livingston-Martin, the most common folklore tale says the light’s glow comes from the spirits of two young lovers within the Quapaw Native American Tribe — a woman and a man who married against her father’s wishes. At her father’s request, the couple was chased through the forest by warriors of their tribe, until the two came to a large cliff above Spring River. With no where to run, the couple held hands as they jumped into the river below, plunging to their deaths.

| Oklahoma The Most CBD-Obsessed State In America >

In 1965, an investigation was conducted by the magazine, Popular Mechanics. Using binoculars in daylight, a team of investigators were able to see cars near where the Spook Light supposedly originates. This explanation was summarized by a quote from one of the investigators: “I think what’s happening is cars… are coming down the long highway (Route 66), and we’re seeing headlights or tail lights five miles away.”

Advocates of the “car headlight” theory said it’s accurate and they could recreate it with a man-made light that corresponded to the appearance of the Spook Light. “This particular theory doesn’t account for the 99% of reported sightings. The first reports of the Spook Light come from a time when cars weren’t in existence yet, so lights from a vehicle is not what everyone reports seeing,” said Livingston-Martin.

“Swamp gas just doesn’t make any sense,” claimed Livingston-Martin. “As to the theory of escaping natural gas, which is common in marshy areas, the Joplin/Hornet Light is seemingly not affected by wind or by rain, and how would it self-ignite?”

Lisa Livingston-Martin said there’s one possible explanation that’s not as easily discounted. It’s also not yet proven to be conclusive. “To be honest, I think it has something to do with geology. The best theory we have, in my opinion, is the Spook Light is the product of electrical atmospheric charges,” said Livingston-Martin.

The Spook Light is more than just a phenomenon restricted to the Devil’s Promenade. Witnesses describe similar, mysterious lights in several areas across the United States, which leads her to believe it’s likely a geologic phenomenon. “In areas where rocks, deep below the earth’s surface, are shifting and grinding, an electrical charge can be created. This area, lying on a fault line running east from New Madrid, Missouri, westward to Oklahoma, was the site of four earthquakes during the 1700’s. These types of electrical fields are most commonly associated with earthquakes,” explained Livingston-Martin.

On KSN’s Living Well with Gary Bandy and Shelby Neely, the following question was asked: “Have you ever seen the Joplin Spook Light? If so, what was your experience?” Here’s what some had to say, by posting their response on the KSN Living Well Facebook Page.

The primary source for information published in this article comes from author and paranormal investigator, Lisa Livingston-Martin who spent many years researching the Joplin Spook Light. Lisa also runs a company based in Southwest Missouri, called Paranormal Science Lab. PSL offers a variety of services to individuals, businesses and historic sites, including private research and investigations, educational programs and public history tours and ghost hunts. PSL’s website can be found, HERE. You can also visit their Facebook Page, HERE.

If you are trying to strengthen the muscles in your shoulders and upper back, the lat pulldown is one of the best exercises to perform.

Rubber hex dumbbell sets are important pieces of workout equipment because they allow you to perform multiple, different styles of lifting and training.

​​One of Pilates’ most attractive features is that it doesn’t require bulky machines like those used in weight-lifting or cardio.

Missouri becoming a popular state to settle in, study …

Missouri becoming a popular state to settle in, study …

Lawmakers call for Santos to step aside amid investigations

Lawmakers call for Santos to step aside amid investigations

Best restaurant in KS that Guy Fieri has visited: …

MO man and dog saved after being stuck in frozen …

Fewer gifts under the tree as recession looms 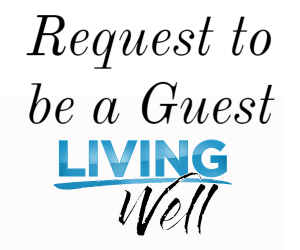 Missouri Extension says the beginning of March is …