FORT SCOTT, Ks. — In the heart of Bourbon County, Kansas, there’s a town of only about 8,000 residents.

But the land it sits on has great significance to American history, stretching back more than 170 years — which is 19 years before Kansas was even a state.

Tucked between Kansas City and Pittsburg is the town of Fort Scott, Kansas where Historic Fort Scott is rooted in deep American history.

The fort — first built in 1842 — was part of a dividing line between the Missouri settlers and the permanent Indian frontier back then.

“There was a line of forts, from Fort Leavenworth, to us, to Baxter Springs — they had Fort Blair — and down to Fort Gibson, Oklahoma. And this was that military road, to move supplies, and to keep that peace between the Missouri settlers and the Native Americans.”

Some of the most exciting features of the fort include cannon firings — something the fort today has preserved as part of that living-history experience.

“In 1853 the Fort was abandoned because Manifest Destiny brought the troops farther west. It was auctioned off in 1855 and what you’re seeing here is the original town of Fort Scott.”

Eleven of the 20 buildings are from the original Fort Scott from the 1840’s.

“We even have the bugle playing, the calls throughout the day so you can get a feel for what it was like back then.”

And, while the fort played a role in the Westward expansion — it went through many changes — becoming an important piece of other significant times in our country.

“The Civil War breaks out. This becomes a supply depot and a hospital for all the troops. A refugee camp for people fleeing the war.”

The hospital on site was even an important part of the civil rights movement, way before the 1950’s and 1960’s.

Now, re-enactors and unique programs on site tell the stories of what this fort has meant to both the city of Fort Scott and our nation.

“It is the story of the growth and the growing pains. All the battles that have happened across the country, and are still happening today are talked about through the actions and motivations here.”

So, if you want to see and even live history, don’t forget about this historic fort. 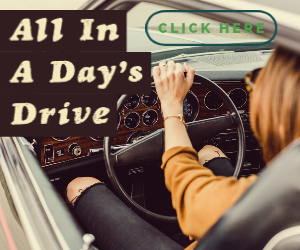 Who are the Proud Boys?